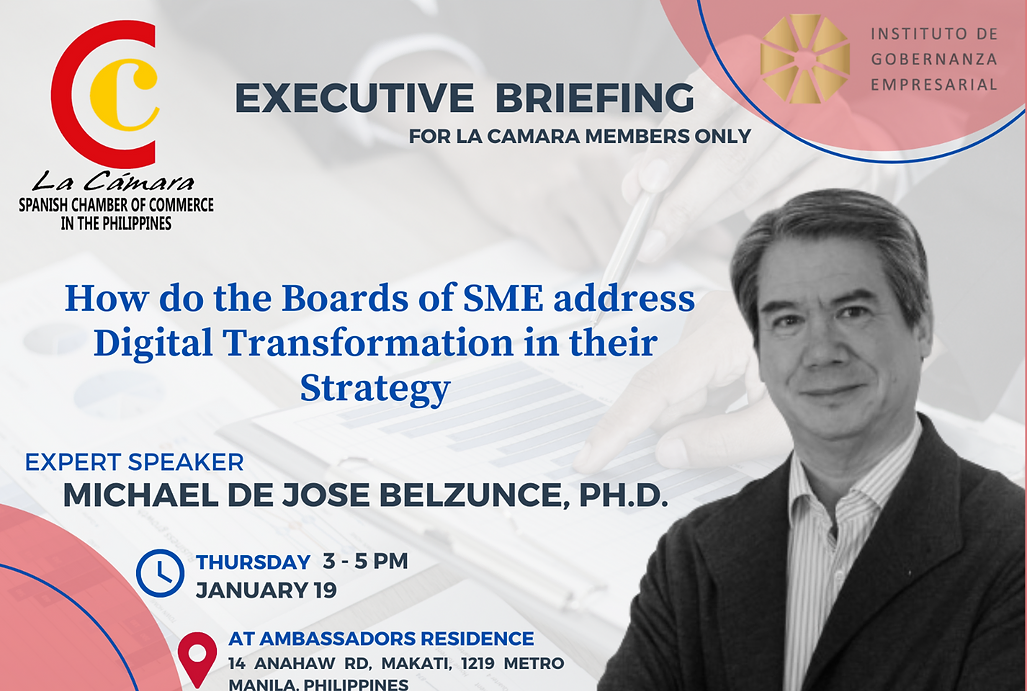 Michael de Jose Belzunce will present the conclusion of the following study he conducted with fellow researchers: “On how the boards of directors of SMEs are addressing the digital transformation of their companies.

To register for this event please visit the following URL: https://www.lacamaramanila.com/event-details/executive-briefing-with-michael-de-jose-belzunce/form → 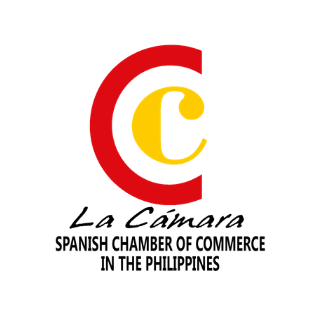 The Spanish Chamber of Commerce, (Cámara Oficial Española de Comercio Industria y Navegación en Filipinas, Inc.) was established on July 16, 1899, shortly after the American occupation of Manila. As one of the pioneers of commercial chambers established in the Philippines, the objectives of La Cámara are to expand business opportunities to its members and to perpetuate the centuries-old commercial/economic bond between the Philippines and Spain.

La Cámara is a member-based organization that draws its members from the Philippines. Its current membership consists of various companies and individuals who are interested in Philippine-Spanish Businesses and the extension of Spanish Trade to the Philippines.

La Cámara has an extensive network of the Spanish Chamber of Commerce all over the world, which gives the opportunity for its members to expand their businesses locally and internationally. The Spanish Chamber works hand in hand with the Commercial Office of the Embassy of Spain, which also provides commercial information and trade offers that are vital to La Cámara members in increasing Philippine-Spanish trade and investment. The Chamber regularly conducts activities such as trade fair exhibitions, fellowship lunches, product exhibition which members could actually participate in. It also renders the following services to its members: Annual Directory, Market Intelligence, Trade Fair and Product Exhibits, Data Bank, Monthly Newsletter, Certificate of Origin, Information Services and Identification of Commercial and Financial Associates.

La Cámara is an organization that focuses not only on fostering and promoting Bilateral Trade between the Philippines and Spain but also on helping and participating in the development of the Philippines.