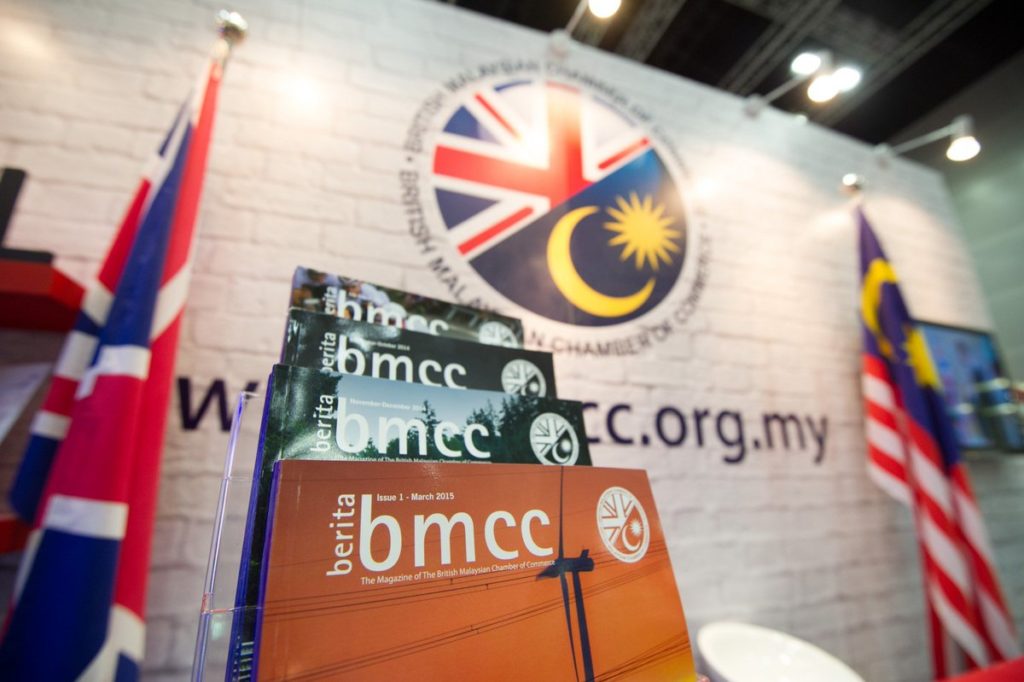 Established in 1963, the British Malaysian Chamber of Commerce (BMCC) has been driven by the sole ordinance of advancing bilateral trade relations between the United Kingdom and Malaysia. Over the past five decades, the BMCC has been a catalyst in providing Malaysian-based businesses with networking and exposure, knowledge exchange and bilateral trading support services. Today, the BMCC has firmly rooted itself as one of Southeast Asia’s most prolific Chambers.

The BMCC is appointed by the UK’s Department for International Trade (DIT) to become their service delivery partner for British SME’s seeking to export or establish a presence in Malaysia. Embodied by dedicated sector specialists, the BMCC Trade Team provide a range of customised services from market intelligence, business matching and event management to sourcing assistance of UK goods and services.

With a certified accreditation by the British Chambers of Commerce (BCC) network across the United Kingdom, the principles upheld at the BMCC are continually updated in assurance of living up to the global standards set by the BCC accreditation system. The BMCC is also a member of the BiSEA (Britain in South East Asia) network, a grouping of eight British Chamber and Business Councils across the Southeast Asian region aimed at developing effective relationships between British Chambers of Commerce within ASEAN to further facilitate business opportunities for their members.