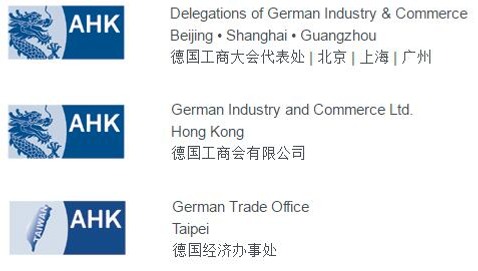 On behalf of the Federal Republic of Germany, they represent the overall economic interests of Germany and focus on the promotion of bilateral trade and investment between Germany and Greater China.

Additionally, through the Delegation the German Chamber Network in Greater China is in close contact with the Chinese government and supports political delegations on their visits to China.

The Association is a non-governmental, non-politically affiliated association with a public mandate to represent the overall economic interests of Germany in its host countries.