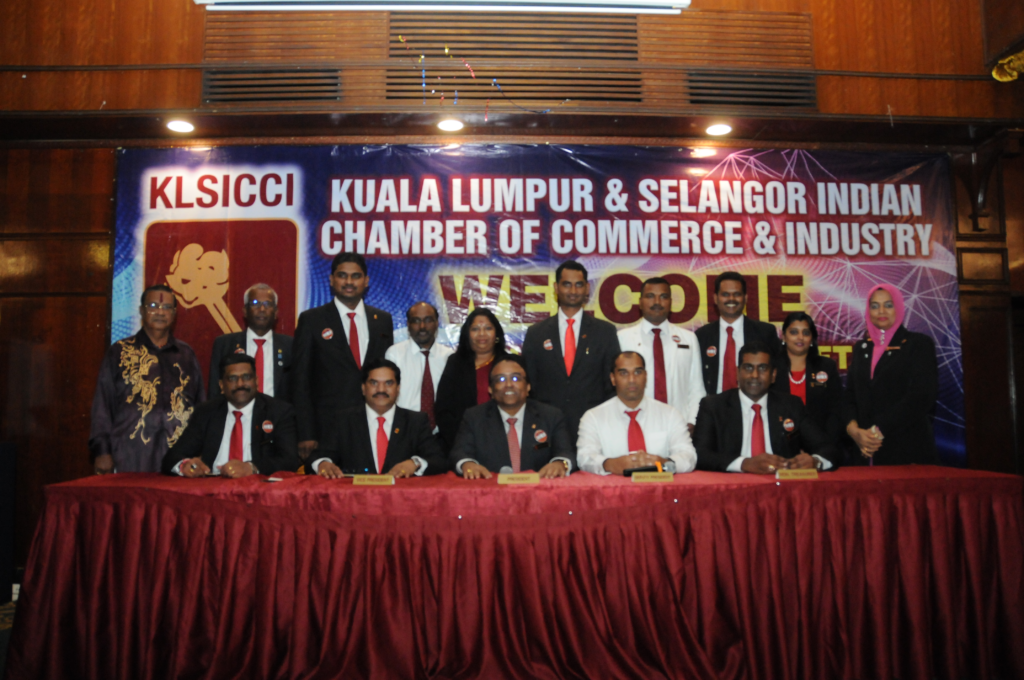 Kuala Lumpur and Selangor Indian Chambers of Commerce and Industry

In 1928 a few Indian merchants dealing mainly in spices, textiles and other commodities founded the Chamber of Commerce, growing from humble beginnings to the influential and prestigious organisation it is today. The first President was the late Mr. R.E. Mohamed Kassim who together with other early pioneers like the late Haji Peer Mohamed, Mr. V.O.K. Ganapathi Pillai and Mr. Ismail Ghaney Rawther, led the Chamber in its modest activities until the outbreak of Pacific hostilities in 1942 when the Japanese armed forces occupied the country.

KLSICCI safeguards the Malaysian Indian community’s varied business needs and matters of urgent concern. KLSICCI is ever cognizant of and pro-active regarding the nation’s fat-paced economic development and hence functions as an all-important Government-Private Sector link. KLSICCI strives for the equitable implementation of Malaysia’ economic, trade and fiscal policies and apportionments whilst playing the increasingly needful role of being an ever-vigilant mouthpiece for the trade and commerce needs of our Malaysian Indian Business Community (MIBC). KLSICCI’s stellar role and dynamic performance in furthering trade and commerce activities has officially gained recognition from the Malaysian Government, the trade and commerce sectors (both local and global) and also from KLSICCI’s bona-fide entrepreneurs. We also extend our hand of win-win business collaborations and smart partnerships with a view to fostering mutually benefiting business joint-ventures – both on the local front and in the international business arena.